The Inner Game and the Educator 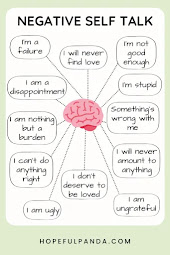 Most educators and parents are familiar with negative self-talk: that inner critic whose voice is constantly demeaning, undermining, and otherwise self-sabotaging, though sometimes attempting to excuse an expected poor performance. We can all be victims of negative self-talk.

Teachers are often combating student negative self-talk, and I think there are times they say something without realizing the damage it's doing to them. I had a student who, at the beginning of the school year, would preface every comment with "This is probably wrong, but. . .". Was it wrong? No, it was his opinion and perspective? Did that perspective sometimes need more evidence? Sometimes, but his thinking was "wrong."

Students learn to say "I'm so stupid" when they struggle with something. Is every student adept at math? No. Does that make them stupid? No, it makes them less adept at math than the person who thinks calculus is amazing. Is every student a great writer? No. Does that make them stupid? No, it might mean they haven't figured out they should take that time to go back to proofread their work to fix those fragments or they haven't taken the moment to learn how to recognize a fragment. A student's struggles with something in a content area doesn't make them stupid or bad at that thing, it just means they are struggling to learn that thing and that they're probably putting too much pressure on themselves because they are also comparing themselves to parental expectations or their friends or the teacher isn't very good at coaching or the student hasn't focused enough on learning that thing or. . . . the list goes on and on and could be a combination of a bunch of things. But being stupid isn't one of them.

The other day I listed to a podcast episode about the inner game, which led to how an entire industry of inner mind coaching has developed to combat the inner critic but also just to help people learn. Because the original focus on the inner coach seemed more about focusing on the learner than the instructor.

Tim Gallwey seemed to be a typical tennis instructor when he first began. As I listened to the podcast, I was reminded of my experience with a golf instructor.

My somewhat short aside. The first time I played golf I was in college and went out with two of my roommates, one of whom was at USF, Tampa on a golf scholarship. We were just out. I was doing okay although I have zip recollection of the score; we were having fun. Somewhere on the back 9 a guy on a golf cart shouted out a pointer or two. The rest of the game was less fun for me. Fast forward some years later and a friend of mine and I would go to the driving range; she had base privileges at the time at Patrick AFB in Satellite Beach, FL. I think she actually played golf, but I was fine going to the driving range and whacking balls as hard as I could and as far as I could. Fast forward some more years; I was (and am) living in IL. Another friend of mine and I decided to go to the driving range; she actually played occasionally as part of a foursome and wanted some practice. I'm in my happy place of whacking balls as hard as I can as far as I can. It's a good stress reliever, that. Then she suggested we take lessons. Okay. Sure. My first lesson the golf instructor was on and on about my head, my chin, my hips, my knees, and I don't even know. But I do know I left that day with blisters, in spite of the golf glove, and incredible frustration. I haven't touched a golf club since.

However, as I listened to the podcast, I also reflected on my approach as an educator and as a coach. I'll just say there were some revelatory moments.

The Coach in Your Head is a really good episode, although it does come with a language warning. And there were some bits I will fast forward through when I listen again as I, personally, didn't find the on-demand coaching bit all that helpful. However, the parts with Lewis's daughter I found really interesting.

You might also watch this MasterClass with Tim Gallwey or this TED Talk with Brett Ledbetter who interviewed 15 coaches who had over 8,700 wins and 21 national champions among them to learn that  "they focus less on the result, more on the process, but they recognize that character is what drives the process which drives the result"

In fact, in distilling Gallwey's work, one of his primary points is that individuals should not focus on the result or the outcome, but on the process. There's a great example in the podcast of Gallwey working with a professional tuba player. It's wonderful and perfectly illustrative. Lewis asserts that maybe that means that everyone can be a coach, and maybe everyone can be a mind coach, but probably not. ;)
The example with the tuba player, with Lewis' daughter, with others is that they were focused on the outcome: being able to make a particular sound, being able to clear the bases, etc. That's outcome. Gallwey's point is that we need to focus on the process first and there is clearly considerable support for that.
So when a student struggles with calculus, it may be partially because that's a level of math in which they're not really interested, but it could also be because there are details and nuances of the process to solve a particular problem they just don't understand. When my students tell me they are terrible writers, well, honestly, that could be true but that's focusing on the outcome not on how they approach any given writing project. Often those students compare themselves to others for whom writing is easier or who just write differently.
When teachers gush over the student who writes in a particular way, those who don't write that way feel stupid and incapable. But the student I'm thinking about preferred shorter and sparser sentences, akin to Hemingway. So write shorter sentences, I told him. There is no rule that says all essays have to have compound-complex sentences or that an essay that is only compound-complex sentences is better than anything else.
I have several points: 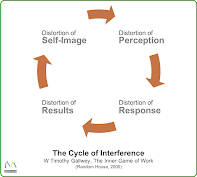 For me, this is also a matter of being more patient with students. Just as I do with coaching a teacher or administrator, I have to listen to the student. I have to pay attention to the words they are saying, but also all they are not saying that is expressed in their facial expressions and body language.
At some point, I think I also have to be honest with them they have to do their part as well. I've told students I'm willing to work them but they have to work with me. I know I do them a disservice when I find ways to enable the process so they get the outcome they want. And we all know that helping students to unlearn the value of the outcome is hard work.
If we can help students focus not on the outcome but on the learning and the process to achieve the outcome, they are more likely to achieve the outcome for which they have capability and capacity, which might not be an A or a home run or whatever they think measures their intelligence or worth.
I have one last story (at the moment, for this topic). I was working with a second-grade teacher in a school with a lot of challenges. A second grader was trying to complete a math worksheet in a workbook, so they could look up information or look at examples if they needed. She threw down her pencil with disgust and said to me, "I don't know how to do this!". And when I kneeled down and told her the point of this activity was to learn and reinforce learning, she clearly did not believe me. When I helped her find what she needed in the workbook so she could reason through the problem and solve it, she still wasn't sure. When she checked with the teacher, she decided I wasn't lying to her. When I talked with the teacher, we both realized that even in second grade, students had developed an expectation that they were supposed to know stuff they had not yet learned. That they were already focused on the outcome rather than the process of learning.
Just sit with that for a moment as you reflect on your preparations for the upcoming school year, whether an administrator or a teacher. I know I've revamped lessons four times as I keep thinking about my expectations for my students and my purpose in being their professor in whatever class I'm teaching. 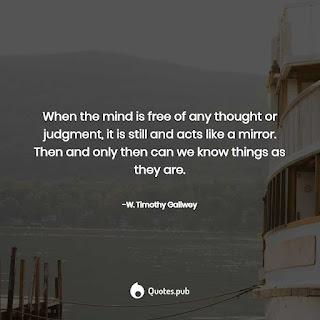 Posted by ejroberts at 9:31 AM