Accountability and leaving kids behind 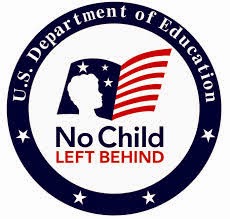 No Child Left Behind. It's a beautiful tag line and a mesmerizing concept. Here's the subtext I read:
All well and good until reality smacks you in the face. What gets in the way? The list is long and not just the way NCLB was "implemented"--which was mostly "Here it is, now figure it out and do it with fidelity to something we can't really define and without any money. And, oh yea, there will be a test and if your kids don't do well, your pay and your tenure are probably going to be at risk."

Does a standardized test really help? It's a data point but only one data point. I think there is some validity in having a national test against which all students are measured, but it's the students and their abilities to read comprehensively, to figure out how to tackle the problems and tasks,  to manage their time, and to draw on the skills they've been learning.

I just wonder if we have placed so much emphasis on the school improvement and teachers being accountable for student learning that we have managed to convey the message students that they have little responsibility or role in being accountable for their own learning. If too many kids don't do well on a test, isn't it an oversimplification to say the problem is with the teachers?

Educators are overwhelmed with initiatives and mandates. It's no wonder many of them close their doors, literally and figuratively (which in no way mean the same thing, by the way), and do what they can to get through the curriculum.

Most educators I know want to be the best teacher they can be. But they are tired of people complaining about their jobs, their hours, their pay, the way they manage their classrooms, the way they teach, the way they assess. Do they know they could some things better? Yes, most of them do.

This is not a simple problem so there is no simple answer. We cannot "tweak" anything. We cannot expect a single solution to work for all schools and all districts. We must figure out what we're really trying to accomplish and be as specific as possible because "improving learning" is a meaningless catchphrase.

Kids are being left behind. And we have created a cacophony of mandates, initiatives, and so-called solutions so that kids won't be left behind. All we've really managed to do is overwhelm and frustrate teachers. With excessive and often conflicting mandates and initiatives, and a ridiculous number of testing requirements, we've all but ensured we're leaving our teachers behind. And if we leave our teachers behind, we can be sure we're losing our kids.
Posted by ejroberts at 9:53 AM No comments:

Thinking about college: It's not about the job

It's that time of year. High school juniors are drafting practice college application essays or refining them. High school seniors are nervously watching their email or their home mailboxes, waiting and wondering, wondering and waiting. High school guidance counselors are getting the kind of traffic they've been trying to get all year, trying to convince students who operate only in the present to start thinking slightly ahead. And, perhaps most significantly, high school juniors are prepping for the ACT and SAT.

All of this anxiety for college acceptance even though it has become fashionable to question the value of a college degree. Why do we want kids to go to college? Apparently the most important reason to the pundits who write such things is to get a job.

As we are reminded in this article in The Chronicle of Higher Education, on February 28, 1967, California Governor Ronald Reagan announced the need for some austerity. In a transcript of that day's press conference, Governor Reagan was asked about the investment in California's youth. There was, apparently, some pushback from A. Alan Post, a longtime budget analyst in the state of California. Governor Reagan asserted they were not


cutting back the investment in California's youth. We've made no pretense that in our cuts there won't have to be some belt-tightening. . . . But there's no one in the administration that intends to do anything that is harmful to education. But we do believe there are certain intellectual luxuries that perhaps we could do without for a year or two without hurting the cause of education.

After a bit more of an exchange, Reagan realized he was getting into some deep and dangerous weeds so chose to refer to an unnamed university in the Midwest that "was offering a master's degree in the repair of band instruments, and I thought this was sort of subsidizing intellectual curiosity."

It was that phrase that got Reagan in so much trouble with the editors of the Los Angeles Times.


"If a university is not a place where intellectual curiosity is to be encouraged, and subsidized," the editors wrote, "then it is nothing."

The Times was giving voice to the ideal of liberal education, in which college is a vehicle for intellectual development, for cultivating a flexible mind, and, no matter the focus of study, for fostering a broad set of knowledge and skills whose value is not always immediately apparent.

Reagan was staking out a competing vision. Learning for learning’s sake might be nice, but the rest of us shouldn’t have to pay for it. A higher education should prepare students for jobs.

Is a college degree worth the time and the money? Apparently so, at least according to this article in The New York Times.


According to a paper by Mr. Autor published Thursday in the journal Science, the true cost of a college degree is about negative $500,000. That’s right: Over the long run, college is cheaper than free. Not going to college will cost you about half a million dollars.

The author of this article, Mr. Leonhardt, later observes:

Over and over again, those who have recently written in the support of a college education have done so because it makes financial sense.

On the other hand, there are studies that inform us that not only are high school students NOT ready for college, but college graduates aren't ready for the work place. In fact, 4 in 10 students graduate without the necessary critical thinking skills.


The 40% of students tested who didn’t meet a standard deemed “proficient” were unable to distinguish the quality of evidence in building an argument or express the appropriate level of conviction in their conclusion.

The good news is that there are plenty of university professors who are still fighting the good fight, who believe in the importance of a liberal arts education and who are willing to challenge their students rather than cave to those who think they are entitled to a degree simply because they show up on most days. The good news is that most college students are willing to work reasonably hard. The good news is that most high school kids realize that college is an opportunity to learn, to discover, to explore, to satisfy their curiosity about the world in which they live and themselves, and to have the privileged time to figure out some things.

There are no easy solutions to "fixing" the problems of higher education, but I believe that every university has to stop worrying about what any other university is doing and sort out its own vision, its own mission for its own community, and ensure that its actions and priorities support the plan to enable every student and every faculty member to achieve that vision and accomplish that mission.

And, as long as there are teachers and students who continue to pursue intellectual curiosity, who stay focused on their work and their passion for education and ignore the media blather, I remain confident that the kinds of changes that need to be made within each community and not displayed and brayed in social media can and will be made. Probably not tomorrow; probably not even next year. But the educators and those being educated are the ones who should be informing the changes that will help articulate a clear vision and purpose for the pursuit of intellectual curiosity and academic success.

Posted by ejroberts at 9:21 AM No comments: 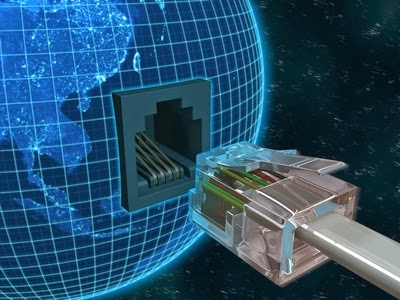 Should school gorge on gadgets? No. Schools should invest in technology resources that make sense for their students. School and district leadership need to make sure that their teachers have the training and the support to use that technology effectively. More is not better.

Is technology a fad, as suggested by Russell Hobby, general secretary of the National Association of Head Teachers? No, technology is not a fad. And any 21st century educator worth anything knows that technology used purposefully and thoughtfully can make a difference.

Should legislatures pass funding bills mandating types of general software purchases? Maybe. Utah should recently passed a bipartisan bill funding software. The good: the bill allocates $1M for software. The bad: the bill does not allocate enough money for every teacher to have the software. The dubious: the bill specifies an ELA instructional tool for software "that can grade students on technical components of English and writing. Also measured would be the students' comprehension level and reading ability." But it's only for ELA teachers even though math, social studies, science, and every other teacher has expectations their students will be able to comprehend the texts students are required to read and even some of those teachers assign writing. So while the intent of the bill has its heart in the right place, it's clear that the legislators really don't get how technology can and should make a difference.

There are those, such as UCLA developmental psychologist Patricia Greenfield and Slate writer Annie Murphy Paul, who believe technology has no or little place in the classroom. They fret about video games, which could be a good reason to fret if that were the only technology being used in classrooms.

Precisely because young people spend so much time with digital media outside of school, schools must offer them a very different kind of education in order to even the cognitive scales. In Greenfield’s view, this means reading copious amounts of old-fashioned literature—just what young people are not doing (according to research) on their own time.

I believe we empower students when we give them access to technology, even the most limited technology. Especially when we are creative about showing students how to use that technology, and when we teach them how to extrapolate and figure out how those skills can be applied elsewhere. I believe there is peril when we throw technology in a classroom willy-nilly: without giving teachers the support they need to learn to use that technology effectively, when teachers try to integrate technology in ways that don't support learning objectives and so just confuse kids not only about the technology but about how to use it for learning.
Posted by ejroberts at 4:33 PM No comments: