Sometimes you just have to keep dancing 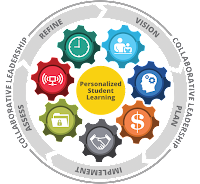 Though school has already started in some part of the country. many educators are currently enjoying the last weekend of freedom before they report back to their first day.

Mindful of how precious time is during the school year and how complicated in can be to schedule effective PD or training during the school and yet how necessary it is, some districts load up on before-school professional development. They bring teachers back before contracts officially start for optional PD days as well as required PD days.

I understand the dilemma in which districts find themselves. I do. I appreciate there are a few zillion things out there with which they want their teachers to be able to incorporate into their planning and instruction, but the reality is this: you put a bunch of teachers in a room for professional development that is not targeted to their needs when they really just want to be in their rooms getting those classrooms ready for the first day of school, well, it's probably not going to be pretty.

On most days, I'm a pretty good presenter. I can engage with my audience; I can read them sufficiently well to figure out when and how and where to make adjustments. I can figure out how to slow down or when to speed up; when to skip stuff and when to interject some things that might not be in the deck.

This past week made me doubt myself in alarming ways. Nothing I did enabled me to connect with this group. Colleagues assured me it wasn't me, it was them. But that's a lot of them and surely it can't all be them. Some of the problem has to be me. I realized that it was possible that the hive mind collective opted to take out their frustrations on me. That's possible. Teachers who work together for a while have a way of communicating that to each other.

One of the days of the PD we had a lot of activities that clearly engaged them. I even saw smiles on faces as they worked. I heard on-task collaboration as I roamed the room. I got good questions and even had a couple of teachers share something they were trying because, and I quote, "you inspired me to try. . ."

After consulting with an administrator, we decided to make some changes for the last day so the groups were more interspersed. She was looking for a wider range of collaboration. We agreed on a method that meant they were essentially assigned seats. I'd hoped it wouldn't be too provocative but then I also knew the PD team had made just adjustments for the afternoon well aware it was the Friday before they all had to be back at school.

Well, I was wrong. So very wrong. They came and sat down and a couple made jokes about it. Some murmured a bit and what I didn't realize until much too late was that the murmurers are the quiet, unofficial leaders. In fact, that didn't dawn on me until the end of the day. I do blame myself for not being quick enough to pick up on that and attribute some of that to being tired. The thought of making a big joke about it and having them go sit wherever they wanted flashed through my head and I should have paid attention to that.

What was also interesting was that one of the teachers who is somewhat new to that school and district also noticed how they were giving me the stoneface treatment; she even said, "Come on, people. What's wrong with you?" Sadly, that seemed to settle them even further into their simmering resentment of me. Now my plan had been to let them shift again at the break, but due to an unexpected event that crashed my schedule and plan, it was hard to implement that shift because I knew how much time it would take.

I did not expect good evaluation results and my expectations were met. Still, I was shocked by the vehemence of their anger.

In retrospect, I should have heeded that flash thought, that gut feeling and let them make the change first thing in the morning. Failing that, I should have ignored the schedule for the post-break and let them move wherever they wanted.  That would have made them happy and my evaluation results might have been better. Probably not, by the way, because this was just one tough group.

And it's not about evaluation results, except it is. I know how those evaluations are used and, quite frankly, my livelihood depends on my getting good results. There were a number of contributing factors to the ways these days were organized, most of them out of my control because there were a group of us presenting and trying to meet some fairly stringent district expectations. Had I been doing these days on my own, the evaluation results might have been the same but I also would have had a lot more flexibility to make adjustments.

So here's what fascinates me. Across the days, when given an opportunity to give me some insight on what they would prefer, on what would be more useful, I got the same response as I did most of the time. Either they completely ignored me and kept talking to their colleagues or I got the great stoneface treatment.

My colleagues want me to believe it's them and not me; it's their willingness to receive the content and not me. But here's my problem with that. I mean, sure, it could be partially on them and partially on the content, but clearly I could and should have done something different to help them be more willing to be engaged with the content. I have always been reluctant to call out teachers for bad behavior for fear of how that might boomerang and show up in the evaluations. However, by not calling out bad behavior of some, I gave permission to the rest to behave as badly.

The irony is not lost on me though most of those teachers have moved on to their weekends; by Monday with their school-focused PD, I will be only a bitter memory, if that. 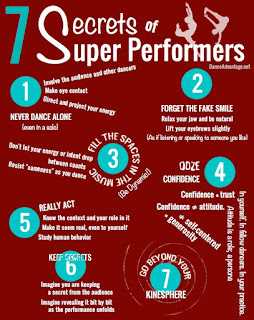 Here's the irony. One of the things we were talking about across the days is how to engage students when they are reluctant to learn, even when they are unwilling to participate. There are no easy answers.

I've said before that teaching is part improv. It's true. Teachers develop a lesson plan and when it starts to go sideways--because some lesson plans are just better at the kitchen table than they are real-time--then the teacher has to improvise to make it work, to do what makes sense. With 20 to 30+ students in a classroom, it can be hard to focus on the few that might be belligerently against learning anything or just might have checked out or whatever is going on in their difficult-to-fathom minds. And when you find yourself with a group of 20-30+ students who aren't willing to give you any feedback to help you make adjustments to help them learn, you just keep dancing.

Sometimes it's hard when you're tired, when the audience is non-responsive and maybe even a little hostile. But you just keep dancing and working to find ways to engage them, cajole them, entice them.

The next time I encounter a similar group of folks in a professional development session--and I've no doubt I will-I just have to remind myself to just keep dancing.
Posted by ejroberts at 1:33 PM