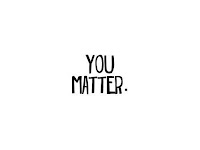 There is a restlessness in education. It is a slight ripple as of yet, but it represents a wave of dissatisfaction that has been building for some time. The source is not just the increasingly vocalized rejection of the value of standardized tests. It is not the mutterings and murmurings of instructional time wasted to prepare students for those same essentially meaningless tests. I think the source is the realization that we have lost something in the Testing Era which was exacerbated by the Liability Wary Era. Somewhere along the line we have managed to lose the importance of building relationships with students and each other.

In the Liability Wary Era, we have to be careful not to touch and not to speak incorrectly. We can never be sure when a touch might be misconstrued by anyone as something it was never intended to be. By the same token, we have to be careful our words are not misheard or taken out of context. And that can make it hard to build a genuine rapport with one's students. 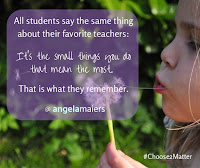 Over the years, I have not been surprised that one of the greatest statements of praise students have had for teachers is that the teacher cared. Students, and former students, are often quick to say the teacher was a tough grader but fair and/or had high expectations and/or demanded they do their best, but always, always, always preface or followed by the observation that they knew that teacher cared about them as a person.

Recently I had a conversation with a superintendent. She's been in education for quite some time and has seen a lot change over the years. We agreed that the best teachers care about their students as individuals and work hard to build a relationship of trust. Good teachers know that kids will do whatever it takes not to disappoint a teacher who cares about them. Great teachers know that being disappointed and showing disappointment are two spectacularly different thing, and how important it is to encourage that student who is aware of being the source of disappointment to let that student know the teacher's faith hasn't wavered.

Michael Soskil, one of the Global Teacher Finalists, has said that while it's important to teach kids stuff--and he teaches science--it's more important to teach them how to think. We can always learn stuff. The skills we need to learn stuff include research, critical thinking, and problem solving. With those most fundamental skills, we can learn stuff.

So back to this restlessness, this aura of discontent. I think it comes from initiative fatigue, from too many legislators and non-educators at too many levels trying to establish legislation or initiatives or programs that provide the secret sauce so that all students can pass their standardized tests. They do so under the guise that those stinkin' tests somehow demonstrate student success or achievement when we all know they don't come close to showing that. I think the restlessness comes from being frustrated by meaningless professional development and by administrators who behave like politicians and seem to have more concern about establishing a legacy than building a school that works.

I think the restlessness comes from being battered by too many people on too many fronts, and being tired of feeling as though they have to apologize for having "the summers off" (which usually means a couple of weeks in July) or defending their "short" work day, if working from 7A until at least 10P after making sure the family is fed and the kids have done their own homework. 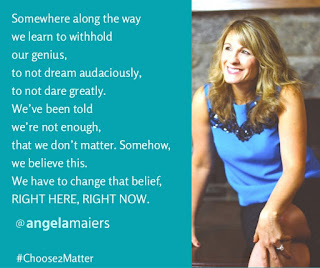 My friend and colleague Angela Maiers has been working quite tirelessly to spread her message that we all matter. As a former teacher, she concentrates her message with educators and with students because just as the kids need to hear they matter and that they have something to offer the world RIGHT NOW, so do their teachers.

We have not yet reached the Network "mad as hell" tipping point, but I think we're approaching it. I don't think teachers will be leaning out classroom windows shouting. I think we will lose more quality teachers from our classrooms and we will have a harder time replacing them with those who are willing to try to withstand the onslaughts. I think one morning we will wake up and realize our teachers have simply given up.

Words are not enough, of course. Telling someone they matter is a good thing; no doubt about that. The really great teachers know how to find that something in every kid that enables every student to participate in some way.

I remember having students who thought they were stupid and that was why they couldn't do something in one of my classes. Until after we'd had a 1:1 because I got to help them rummage around all that baggage they insisted on hauling around to help them find their ways to the source of their respective angst and figure out how to deal with it. And why did I do that? Because I cared. I cared about them as a person and as a student. And I believed, and believe, they matter.

Angela and her colleague Mark Moran have a book titled Liberating Genius. It's designed for teachers to use with their students in their classrooms. It's designed to help teachers understand their own genius as well as encourage their students to find and nurture their own genius. Angela's perspective on genius goes hand in hand with Choose2Matter. You can see and hear it for yourself here, but I'll get to the good stuff right away; this isn't really a spoiler alert. Angela and Mark begin here:


Genius is developed talent applied in a new or novel way. In other words, genius is less a function of nature than it is a matter of nurture. It isn’t something reserved for a special few. It’s something accessible to each of us.

We've heard people respond to a great idea with the single word "Genius!" because we recognize, for that moment in time, someone did something extraordinary. With that small bit of encouragement, who knows what else that individual might be able to accomplish? Are we or our students going to be extraordinary every single day? Maybe. In some small way, maybe. A lot of it depends on what our genius is.

You'll want to check out the "What is My Genius?" chapter in Liberating Genius. Well, I didn't intend for this to become a commercial for Angela Maiers and her work, though I'm delighted to support her. I realize, however, that every day I see people belittling and badgering kids in subtle and not-so-subtle ways. In some cases, they mean well. Perhaps a variation on "scared straight" or tough love.

Let me get back (again) to my thinking about restlessness. I think a lot of the restlessness comes from educators recognizing they have gotten away from what really helps them be good teachers. Building those relationships with their kids. There are plenty of teachers who still do that in spite of all of the days of testing, all of the pressures on their quality as teachers based on those tests, etc. The best are still figuring it out and slogging through the morass of administrivia.

But they are getting tired, too. They, too, are getting disillusioned. The hours, the money, the lack of respect: they've dealt with that for years. I think the restlessness is reaching a tipping point because teachers are being forced to get further from what drives them to be teachers: nurturing and encouraging kids to be their best selves.

When we can't be our best selves, it becomes harder to encourage others.

I speak as someone who has had to overcome thinking I wasn't very smart and wasn't very capable: every time you say something negative to a child, you chip off another small piece of something potentially amazing and wonderful. I realize that some of our negativity towards others comes from our own unhappy places, which is why I think Choose2Matter and its message is for more than children in school. I think it is a message for parents, for teachers, for administrators, for board members, for community members.

Today may be hard; it may be easy. Someone will compliment you; someone make a snide remark that hurts. Today you choose to matter. Regardless of what anyone else says or thinks or does. It's your choice. Choose2Matter.

So hear me when I say this: You matter. You are a person of significance. No matter your situation, you matter. Not just this minute. Not just today. Every day. Don't ever forget that.
Posted by ejroberts at 8:34 AM