As an aside, that's one of the reasons I think the "Ok, Google" ads are pretty brilliant. For many of us, questions beget questions. What is it that prompted early explorers to venture into the unknown? Wondering what was in or beyond the unknown. Wondering how to make the unknown known.

So it should be no surprise to us that curiosity prepares us for learning. All of us; not just K-12 kids. And that should make it even more evident that learning situations that prompt, even provoke, curiosity just make sense. 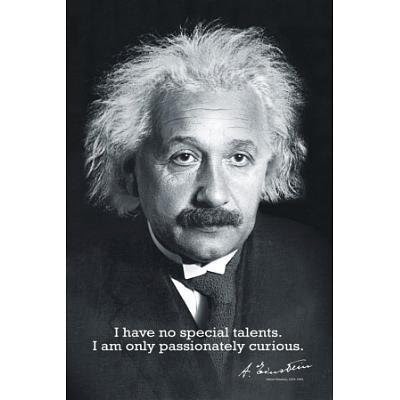 There are plenty of adults who talk wistfully of the loss of wonder that they see in kids who are constantly discovering new things and being excited about those discoveries. In workshops I often say one of the most important questions anyone can ask is "Why?", and I believe it. Because "Why?" is a question that foster curiosity, exploration, and discovery. In this Lifehack article we're told four reasons why curiosity is important and how to develop it. I'm not sure we have to develop curiosity, per se, but maybe some of us have to rediscover it. I also think some of us need to be able to channel our enthusiasm about discovery because of curiosity or we risk spending all of our time chasing after the next shiny distraction. So there is at least one downside to curiosity, but one that's manageable, I think.

Which brings me a bit lumberingly to another article which prompted my thinking about curiosity and learning. See? That's how this works. You might be doing one thing and something you're hearing or reading sparks a connection or a question and the need to follow it, well, that's curiosity.

The article is about educational research. A brief aside on that: there is a LOT of research in education to try to find, well, I'm not sure exactly what other than trying to explain how learning works. Which, to me, is interesting but also a bit silly because one of the things we do know is that each of us approaches learning a bit differently. On the other hand, there are commonalities, so research tries to find ways to say something about those commonalities which might lead to insight but might also lead to someone trying to create a thing so that everyone can do something with those commonalities. I'm very deliberate with those generalities because too often I think we do research with the hope of discovering a problem to solve rather than doing research based on a concrete hypothesis. Well, there's a lot more I could say about that but I don't want to digress any further.

What made me start to think and wonder about curiosity, how we view it, and how we empower kids to be curious in their learning is the opening paragraph of the Scientific American article on educational research.


Anna Fisher was leading an undergraduate seminar on the subject of attention and distractibility in young children when she noticed that the walls of her classroom were bare. That got her thinking about kindergarten classrooms, which are typically decorated with cheerful posters, multicolored maps, charts and artwork. What effect, she wondered, does all that visual stimulation have on children, who are far more susceptible to distraction than her students at Carnegie Mellon University? Do the decorations affect youngsters' ability to learn? 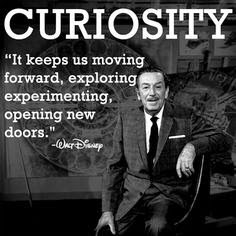 It reminded me of articles I've seen of research suggesting that too much visual stimulation impacts student learning negatively and yet we think we know the value of having stuff on the walls. Maybe we haven't yet figured out if there is a way to measure what's optimal, what's distracting, and what just becomes, in effect, white noise. And maybe we don't really know if stuff on the wall influences learning, maybe prompts curiosity. And maybe we don't really know if there is a way to make decisions to have the "right" stuff on the wall or if some stuff is better for some students and other stuff better for others. Who knew that decorating one's classroom might be so complicated? And yet, I wonder. . . .