Let's set aside all of the political buffoonery and bilge that is affecting learning. Let's just focus on the certified classroom teacher in the room with students. Okay, well, that won't really work because all of the buffoonery and bilge has a significant impact on how classroom teachers, who may or may not be certified teachers, can and do interact with their students.

Over the past several weeks there have been articles about learning loss, learning recovery, accelerated learning, tutoring, and remediation, at the very least. Lots of folks chiming in with suggestions for solutions which really burns my grits. After all of these years of claiming that one size does not fit all, the reality is that whatever works in one classroom to help those students do what they need to do for their learning may not work in any other classroom with any other students.

That is not to say that valid suggestions and recommendations might exist, but the excessive hand-holding and cover-your-assery of far too many administrators aren't making that work any easier.

If the test scores are bad, then the teacher isn't good. Or some or most of the kids had a bad test day. Or the conditions in the test room made it hard to do well. Or some or most of the kids were hungry or sleep-deprived on test day. Or the content the kids learned wasn't the focus of the test. Or the way the kids learned the content didn't align with the way the test designers write questions and expect answers.

Here's one of the things the two researchers learned as they analyzed elementary school teachers and their math instruction, and watched videos of those teachers: "they didn't find statistical evidence that teachers who spent more time on test prep produced higher scores. High achievement didn't seem to be associated with rote instruction."

They also observed a weird paradox. "Teachers who delivered more cognitively demanding lessons. . .tended to produce higher math scores." However, "the kind of cognitively demanding instruction we want to see 'can simultaneously result in decreased student engagement.'" Sure, that makes sense.

Over the past few decades, at least, educators have spent a lot of time learning how to make learning fun. We gamify things so students will be engaged. There is nothing wrong with gamification, but too often the game is the focal point and not the learning.

We have managed to teach too many students not to value the process of learning, a lament we've heard for at least those same decades. 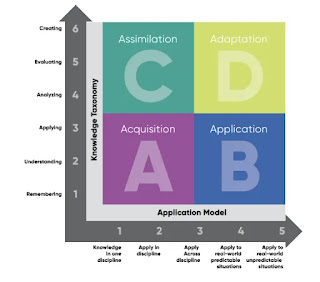 Remember the rigor and relevance framework? That was introduced in the 1990s, so we're 30 years past the entre of that thinking. Thirty. Years. Three decades.

We continue to discuss the value of rigor and relevance, and rightly so. We still struggle to understand what rigor is or how we should gauge relevance, but that's okay. As new teachers enter the profession and we continue to examine what we think good teaching might be, we should reflect on these things.

An outgrowth of the rigor and relevance movement was the emphasis on student choice and its accompanying student voice. And then we tried to create an overlay of Bloom's Taxonomy with Webb's DOK. We emphasized backward design to create options, perhaps using choice boards, that would offer students cognitively demanding pathways to achieve learning outcomes that aligned to standards and tried to encourage, even push, students to move beyond DOK 1 to at least DOK 3. Oh, and we mustn't forget the Danielson Framework for Teaching. 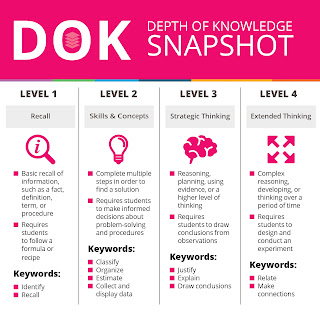 The potential self-sabotage of rigor and relevance and choice and voice is that standardized tests are, well, standardized. Now I would argue, and have long argued, that if we teach our students to be creative and critical thinkers, most of them will navigate standards and standardized tests just fine.

In fact, I submit that if we begin with the end in mind--and that can be harder than we think--and we encourage students to work at more rigorous and, therefore, cognitively demanding levels of thinking and doing, they will do just fine on standardized tests.

However, many of them won't think that learning is "fun" because we have taught them the objective of school is to have fun in the classroom. We have spent less time that learning can often be hard and frustrating, that making mistakes is a legitimate and useful part of learning, that reasonable frustration is when we're more likely to learn the most and when we're more likely to retain what we've learned and even make connections with other things we've learned.

Some of our students approach a lesson with the expectation that they should already know how to complete the worksheet rather than reflect on or tap into the work they did the day before or earlier in the day. We haven't taught them that they need to try to pay attention to and retain the "I do" and "We do" parts of a lesson.

Of the 53 teachers in the study, the researchers found 6 who made learning fun and engaging and had students with good test scores. In addition to active learning with lots of collaborative and hands-on work, these teachers had clear routines and expectations. The researchers noted that any "time that teachers did spend on student behavior typically involved short redirections that did not interrupt the flow of the lesson."

The teachers also had a good sense of pacing and were intentional about how much time was spent on a particular activity. 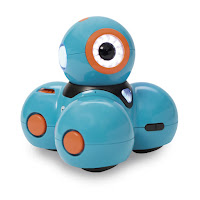 I remember working with a group of 3rd and 4th graders. We were doing a math lesson using Dash and basketball hoops kids had built out of whatever, and not just Lego. At first, we used estimates to figure out range and angle to use the launcher accessory. Then one of the students found a large plastic protractor and another found some string and we did some measurements and more estimates, and then more tests. We made adjustments to the robot and adjustments to the hoops.

The teacher and I had figured about 30 minutes for the lesson, but she had to interrupt us so the students wouldn't miss lunch. The majority of them were completely engaged for nearly an hour.

Did we accomplish what we set out to do? Yes, and so much more. What the students learned about themselves and about their understanding of math was significant. Which was more important? Good question.

And therein lies one of the many on-going challenges for K-12 teachers, regardless of where they teach. Parents have certain expectations about their children's grades and what that purports to mean. The state has certain expectations of what comparative test scores mean even though most of us realize those scores mean that kids did well/not well on a standardized test that reflects little or nothing of what they may have retained in any given content area.

And therein lies one of the issues about learning. Everyone wants learning to be engaging by which we mean we want students to be attentive and involved in the process of learning. If they are so engaged, we tend to surmise that learning is happening so we might be surprised, perplexed, and/or frustrated when they have no recollection of said learning on subsequent days, when they are asked to complete any assessments of any kind.

Because engagement does not equal learning.

I don't know why we're so surprised that kids aren't learning. We teach them early on to be worried about the grade. We don't teach them that they will do well on any assessment if they, yes, engage in the process of learning and then retain the result(s) of that process.

We have taught them that learning is disposable like so much else, so they don't understand when we are frustrated and perplexed when they don't retain much learning from the week, month, or year before. They are surprised we expect them to remember prior learning when they've already had the test on it. They take the test and clear their cache.

Dr. David Blazar, one of the study's co-authors, may be one of those who dreams "of developing a 'science of teaching' so that schools of education and school coaches can better train teachers to teach well."

I would assert that most teachers teach well.

I would assert that many teachers do their best in often contradictory and very complex situations, made even more contradictory and complex as parental involvement morphs and school administrators are trying to manage unheard-of outside pressures.

I would assert that we have to stop teachng students that only grades matter, and we need parents and administrators on board with that.

I would assert that we need parents and administrators and colleagues and coaches to see that a standardized test result is a single data point and that when students are encouraged and empowered to showcase the evidence of their learning, they are more likely to have better grades in the long run because they will have also learned to value the process of learning and learned to take pride in their outcomes for their learning. 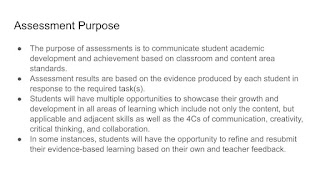 I saw a post on Twitter the other day in which someone had posted a slide he planned to show his students in the second week or so of school. I liked the idea of stating the purpose of assessment, so this is my first draft of how I would like to explain assessment to my students.

I'll continue to tinker with it because in the science of teaching and learning, experimentation to figure out what works for a particular group of students is imperative as no class is the same as any other. Ever.