"Student" vs "learner": Any difference? 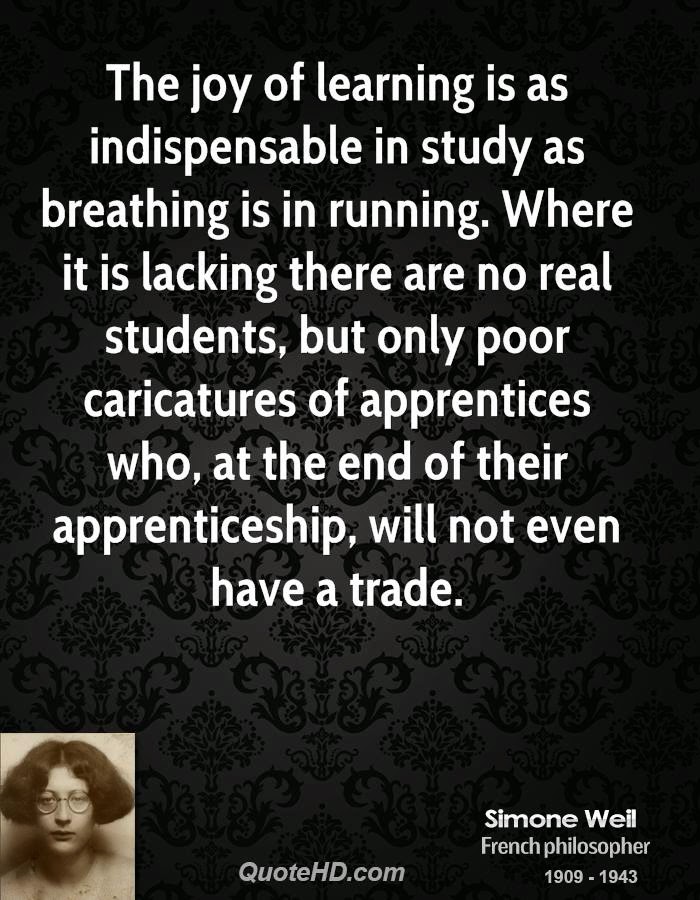 My friend and colleague Ginger Lewman (@gingerlewman) hosted #teacheredchat on Twitter the other day. We got into a bit of a side conversation about the differences between "student" and "learner." Ginger suggested a differentiator might be that students are more concerned about grades.

My initial reaction was that any differences between the two might be splitting hairs. I still think that might be true, but opted to give it further consideration because it intrigued me that some might think a student and a learner are not the same. I believe we have imposed our own distinctions on these words.

So off to my friend the OED; yes, I'm a dictionary snob. Let's start with student: first used in 1398, the word "student" refers to "a person who is engaged in or addicted to study." A second definition, first used around 1430 is "a person who is undergoing a course of study and instruction at a university or other place of higher education or technical training." And first used around 1900, "a scholar at an institute of primary or secondary education."

Learner is an older word, possibly first used by Bede around 900 in his Ecclesiastical History, and meaning "one who learns or receives instruction; a disciple. In early use, a scholar, man of learning." There is another more contemporary definition first used around 1936: "one who is learning to be competent but who does not yet have formal authorization as a driver of a motor vehicle, cycle, etc." Interesting.

Well, the distinctions I made were not nearly as elegant nor scholarly. I said I thought learner was a more general term in that it might be used to describe someone who enjoyed learning whereas student indicates someone who is focused on something specific; someone who is, for example, a student of martial arts or Impressionism. But then that would make my learner more like a dilettante (first used around 1733 and refers to "a lover of the fine arts; originally, one who cultivates them for the love of them rather than professionally, and so = amateur as opposed to professional; but in later use generally applied more or less depreciatively to one who interests himself in art or science merely as a pastime and without serious aim or study" [emphasis mine]).

I think we do students and learners a disservice to apply those markers. Some of our kids are grade-chasers, but that's because somewhere along the line they've learned to believe that grades are more important than learning. I think of the related words, such as studious and our understanding and use of that word and how it can contextualize how we think of a student.

I think of lessons I tried to teach my writing students not only about the value of words, but the depth of words--that some words are more neutral than others whereas others carry positive or negative value, not just because of their connotation but because of their denotation.

I hope we have students who are learners and learners who are students and that our educators are working diligently to instill in them a love of learning; even, yes, a love of study. Because how do we get better at anything we do, regardless of our fields or our passions? We study it and we learn it. The two, I believe, are complementary. I hope that becomes more true in practice.
Posted by ejroberts at 8:28 AM